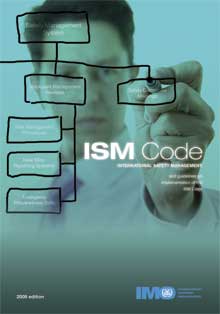 When asked about the Manila Amendments, a captain recently quipped, “What?  There’s new regulations for folders?!”

The Manila Amendments refer to new wide-ranging changes to the IMO (International Maritime Organization) Convention on Standards of Training, Certification and Watchkeeping for Seafarers (STCW).  STCW is a comprehensive set of international regulations that attempt to ensure that all merchant mariners are held to a common standard – regardless of their country of origin or license.  These changes were agreed upon by governments in Manila in 2010 and will begin to be applied from January 01, 2012.  One of the more significant changes in the short-term are the new minimum STCW rest hour rules.

There are two changes to the STCW rest hour rules that will cause the greatest consternation on vessels.  One, the minimum amount of rest in any 7 day period has been increased from 70 hours to 77 hours.  Two, seafarers must always have 10 hours rest in any 24 hour period, with no exceptions, except during an emergency.  Previously, there was an exception that the hours of rest could be reduced to “not less than 6 consecutive hours” as long as the reduction did not extend beyond 2 days.  This allowed flexibility in the event operations were hectic – as they frequently are in port working cargo.  Now, there is an hour less of work allowed per day and less flexibility.

All the STCW work hour rules are designed to reduce fatigue and the accidents that result from tired mariners.  Unfortunately, the STCW hours are in juxtaposition to yet another IMO mandated code – the International Safety Management (ISM) Code.  Unlike the STCW work hour rules, the ISM Code virtually guarantees a heavier workload – paperwork that is.

The ISM Code mandates that each company that operates a vessel maintain a Safety Management System (SMS).  The SMS will contain procedures on all aspects of how a vessel is to be operated.  Everything from emergency procedures to the proper paint to be used might be included in a vessel’s SMS.  These procedures are invaluable to a merchant mariner first joining a company or vessel, as it provides a ready source of information that can be accessed easily.

As procedures are updated and refined, changes will be made to the vessel SMS.  Frequently, these changes are driven by the needs of the vessel crew.  Other times, changes may be made at the behest of shore side personnel in order to better track performance or prevent safety issues on a fleet wide basis.  In time, the SMS may become saturated with reports and inspections at the request of shore side personnel searching for that critical data point.

While the intent of added inspections and reporting may be good – for example, there may have been many accidents or near misses due to corroded handrails.  As a result, a company-wide program may be implemented for the monthly inspection and tracking of handrail condition.  While the man-hours required for such an inspection – say it is 1-2 hours per month – would not appear to be excessive and the decrease in handrail near misses/incidents desirable, the cumulative effect of many mandated inspections in addition to the normal workload may cause senior officers to become fatigued.

The solution to this issue might be two-fold – incorporating adjustments and management decisions both by shoreside and vessel personnel.  Shore side personnel must understand that it is very easy to create substantial labor onboard the vessel through an innocuous email or inspection.  In this high-speed world of email, it is critical that requests for information from a vessel be well thought through before hitting the “send” button.

On the vessel side, senior officers frequently bear the brunt of inspections and information gathering, as they are normally more familiar with the vessel and operations.  With the limited labor pool (13 hours per day) allowed under the Manila Amendments, it will become increasingly necessary to spread the wealth and knowledge by incorporating junior officers into some of these processes.  While initially more labor intense due to the need to train the junior officers in the inspection process, in the long run you will have a labor pool more job-agile and less likely to fatigue.

The SMS is there to help companies and crews to manage their vessels more safely.  Let’s make sure that it stays true to its origins and doesn’t evolve into a paperwork monster.