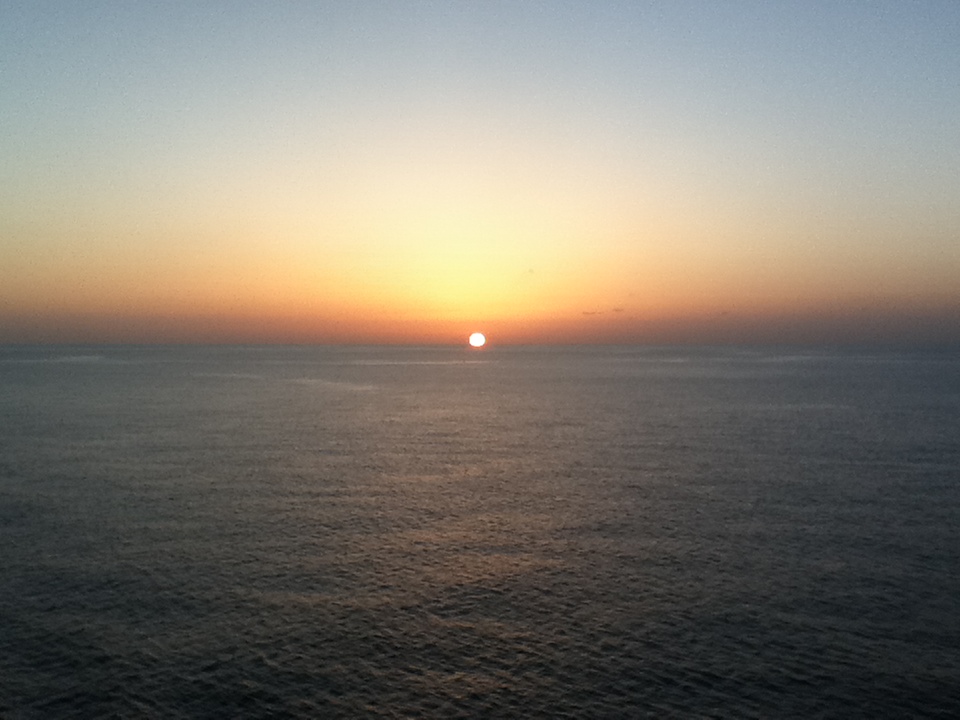 It’s 0-dark-30 somewhere in the Gulf of Aden and we are Eastbound in the Internationally Recommended Transit Corridor (IRTC).  To the North, off the port bow, there is a steady parade of lights – tankers, container ships, bulkers and every other variety of ship – Westbound for Bab el Mandeb, the Red Sea and eventually the Suez Canal.  It’s calm as can be with barely a ripple of breeze on the water’s surface and no swell of which to speak.  So calm, in fact,  that the water disturbance of dolphins jumping is being picked up by the radars – giving thought to pirate skiffs sneaking between the naval vessels until we are close enough to see the splashing water.  As I sip on my 2nd – or is it 3rd already?! – cup of coffee, all is well with the exception of the hole in the water 6 nautical miles off the starboard bow.

“Hole in the water?  What’s that?” you might ask.  Well, not an actual hole in the water, but someone trying to make a fair imitation.  I suspect that this particular hole in the water is about 150-200 meters long, made of steel, traveling at 15.5 knots and slowly merging into the IRTC and eventually, my ship.  At least, that’s what my radar and experience is telling me.  Unfortunately, even though international regulations require navigation lights, there are no navigation lights displayed – the ships off the port bow, showing the required lights, are readily visible at up to 15 miles.  AIS (Automatic Identification System) ought to be able to tell me a lot of information – their position, course speed, name, destination, etc. – but, it has to be on and transmitting to do so. And it’s not. Just to make the hole in the water perfectly defined, the second mate told me that he had attempted to call them by position, course and speed multiple times on different frequencies, with no response. All in all, a fair imitation of a hole in the water, albeit one that weighs well over 10,000 tons.

A half-hour and a cup of coffee later, 2 miles closer and a glimmer of light in the East. There’s still no response, radio signal or light emanating from the hole in the water off the starboard bow. There IS just enough light to see the outline of a laden 3 crane ship where the hole in the water should be, though. As we are already fairly close to the buffer zone between East and West-bound traffic and not wanting to become one with the crane ship, I order the helmsman, “Right 10.” We eventually steady our course with the offending vessel now on our port bow – a very obvious maneuver that will hopefully not go unnoticed and that will keep us well clear.

The above scenario has become almost routine over the past three years in the High Risk areas of the Gulf of Aden/Horn of Africa (GOA/HOA). Although far more common in the open reaches of the Indian Ocean, it is especially disturbing when this practice is used in more densely traveled areas, such as the IRTC. All ship’s masters and watch officers should make themselves familiar with the latest version of the industry’s best practices (currently BMP4) as quoted below.

“Although the Master has the discretion to switch off the AIS if he believes that its use increases the ship’s vulnerability, in order to provide Naval/Military forces with tracking information it is recommended that AIS is left on throughout the High Risk Area, but that it is restricted to ship’s identity, position, course, speed, navigational status and safety-related information.”

– Best Management Practices for Protection against Somalia Based Piracy (BMP4)