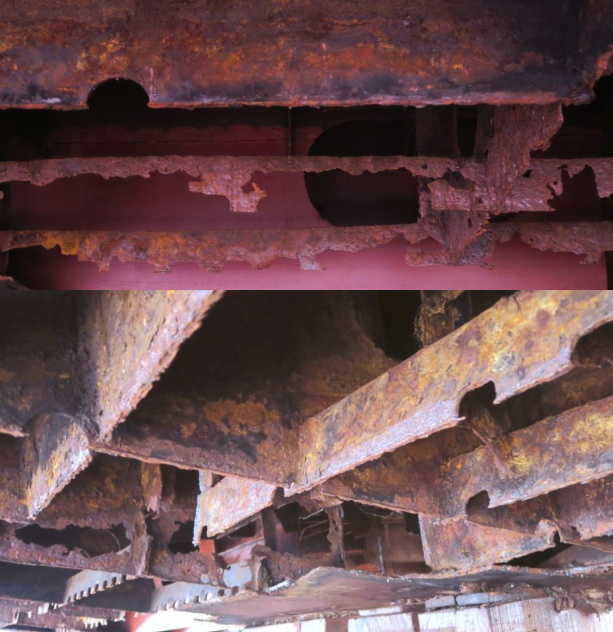 Does any one know where the love of God goes
When the waves turn the minutes to hours?

Between 1973 and 1996, 375 bulk carriers (bulkers) were lost at sea – a rate of nearly 16 per year.  Of these, there are names that stand out; Derbyshire, Edmund Fitzgerald, Flare and Marine Electric may ring a bell.  The crews of these vessels were often lost at sea with few survivors.  This was often due to the speed with which the vessels sank due to catastrophic failure.  In the period from 1973 to 1996, crew lost with bulkers accounted for 20% of all fatalities in the shipping industry.

With the introduction of SOLAS Chapter XII Additional Safety Measures for Bulk Carriers in 1998, the loss of bulkers slowed dramatically.  That is, for the vessels covered under the new SOLAS regulations – namely those vessels 150-meters and greater in length.  For smaller vessels, there were no new regulations and the losses continue to this day.

With the advent of digital cameras and smart phones in particular, there are a great number of cameras available at any given time or place.  One place where a video was taken recently was on the MV Arvin anchored off the Turkish coast on the Black Sea.  The video rapidly went viral on social media sites and was seen around the world.  Why?  Because it showed the catastrophic structural failure of a 114-meter, 2,516 gross ton bulker.

Arvin was built in 1975 as the Volgo Balt 189, sailing under the flag of the former Soviet Union.  46 years later, sailing under the flag of Palau, a South Pacific flag-of-convenience (FOC), she broke in two and foundered off the coast of Turkey.  6 of the 12 seafarers onboard were rescued.  The YouTube channel “Talk Ship” has produced an in depth video demonstrating the likely demise of Arvin.

The description of this shipping casualty by Talk Ship is thoughtful and well informed.  Unfortunately, it may well be the only analysis of the loss of this vessel and 6 crew.

A review of IMO GISIS information reveals minimal information has been submitted for Palau-flagged maritime casualties from 2015 to present.  Of 13 casualties reported, only 2 have in-depth reports.  The investigation reports for a number of others simply state that no information was provided by the vessel managers – a sad state of affairs for a flag state and a much sadder epitaph for the lives lost as a result of those casualties.

Palau continues to be on the Black List for numerous Port State Control MOUs indicating their vessels have a medium to high risk of casualties/issues.  On the positive side for safety, Palau did issue Marine Circular 103.1 in 2019 titled, “Bulk Carrier Guidelines On Early Assessment Of Hull Damage.”  This likely followed on the heels of other casualties such as Volgo Balt 214 in January 2019.

Volgo Balt 214 was a Panama-flagged bulker of similar size to Arvin, similar age and suffered structural failure in a similar manner.  Although 6 of the 13 crew died as a result of the incident, no investigation report has been filed on IMO GISIS as of this writing.  CHIRP Maritime and The Maritime Executive magazine have discussed the incident (links below).

Researchers at Universitatea Dunarea de Jos Galati in Romania published several papers in 2020 analyzing maritime casualties in the Black Sea.  Specifically, the risks of operating in the Black Sea and, in particular, accidents that may have been caused by structural issues were assessed.  A selection of these studies are linked below.

Directly below are graphs and charts of some illuminating factors.  Of the casualties studies, fully 80% of the structural issues occurred on vessels 30 years old or older.  A larger percentage of casualties occurred in winter months – likely associated with the heavier weather experienced.  And most illuminating and substantiating the analysis of Arvin’s casualty, the increased age of these vessels and associated corrosion placed them at risk of structural failure.

There’s much to be learned from maritime casualties.  As IMO expects that flag and coastal states will investigate these in accordance with the Casualty Investigation Code, that should be a resource.  Unfortunately, we see that a number of flag states are failing in this regard.  We can also see that academia has filled this gap to a certain degree with studies such as the ones discussed and linked here.

All are encouraged to read these reports and accident investigation reports when available.  By learning from these, we hope to avoid future casualties.